Susan Schurke’s first anoraks protected explorers Will Steger, Ann Bancroft & Paul Schurke on their 1986 expedition to the North Pole. The 4-some reunited this week to raise support for “Save the Boundary Waters,” a campaign against the pollution threat of proposed copper mining near the nation’s most popular wilderness area.

Their historic 1,000-mile, 2-month dogsled & ski trek to the top of the world through intense blizzards and temps dipping to -75 was hailed by National Geographic as a “landmark in polar exploration” and generated many stories, including this one: 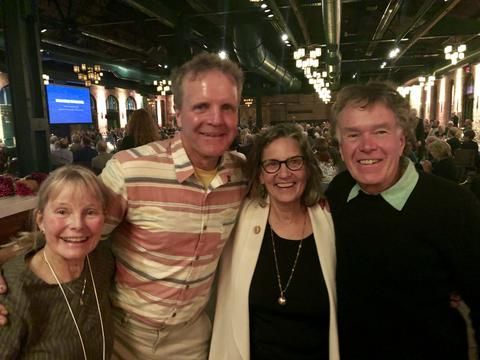 Meet Sam, the Most Amazing Sled Dog in Polar History

Meet the world’s most accomplished sled dog! We first met him in spring 1985. We called him Sam. He went on to make canine history in a big way. We were on a 5-month, 5,000-mile dogsled trek across North America — from Duluth, MN, to Barrow, AK, the northernmost village in the USA. Our team, including Will Steger, 3 friends and myself, Paul Schurke, were training for our successful 1986 attempt to complete the first confirmed dogsled trek to the North Pole without resupply. That’s me in the picture feeding Sam on that trek. 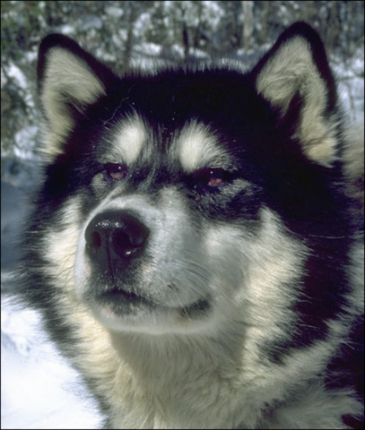 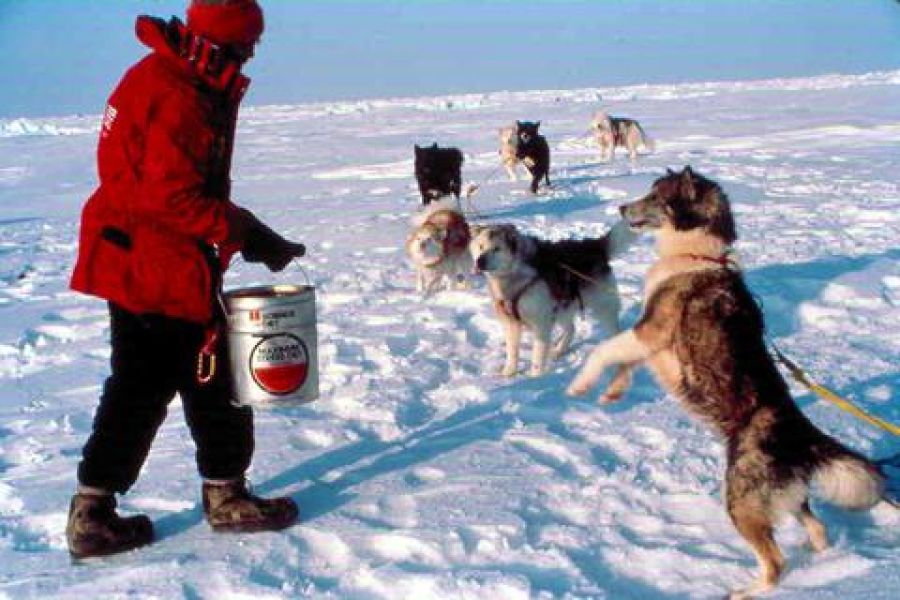 The 2nd half of our training mission found us sledding the coast of the Beaufort Sea. Every hundred miles, we’d come upon a radar station where we’d stop in for a coffee break. For over 30 years, these Distant Early Warning (DEW Line) stations, vestiges of the Cold War, kept watch for Soviet bombers en route to North America over the polar ice cap. But no blips ever showed up on their radar screens so, needless to say, these stations were staffed by a very bored crew.

The staff at one of the stations enjoyed a very special distraction. Every day after dinner, a feral dog would come wandering in from the blowing snow of the surrounding arctic tundra and wait by the kitchen window for leftovers. No one knew his story — he had just shown up one day. And although he was too wild and cagey to be a station pet, he had certainly become the station’s mascot. 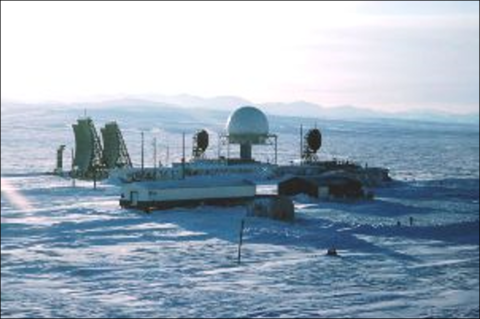 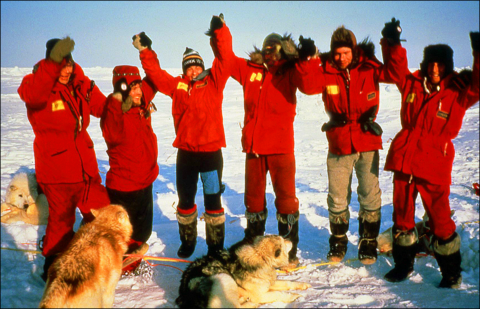 When it came time for us to continue towards Barrow by ski and dogsled, he followed us. We felt bad having inadvertently ‘lured’ him away from his adoptive home. We hoped he might turn back. But day by day, there he was ‘shadowing’ us some distance behind. Richard Weber, the top skier in our crew, circled back on skis while we dogsledded along to try his luck at befriending Sam.

His efforts paid off. Sam drew closer to us and Richard was occasionally able to feed him out of his hand. One day a wheel dog on our team needed a rest break. We turned it loose for the day, thus leaving an empty spot among the line of paired dogs on our 12-dog, tandem-hitch team.

Then something magical happened. Sam sidled over into that empty spot and ran along with the team — in position but unharnessed. It was a “eureka!” moment for us. We now knew Sam was a long-lost sled dog, perhaps from a Yukon trapper’s team.

When we slipped a harness on him, he pulled with gusto. In the days that followed Richard tried him in different positions and one day, just for fun, he put Sam in lead. Much to our astonishment, we discovered that Sam was a well-trained, voice-command lead dog.

He led all the way to Barrow, Alaska. He became a very friendly dog and ranked among the most enthusiastic on our team. A year later, in 1986, he was with us on our way to reach the North Pole without resupply, achieving what National Geographic called a “landmark in polar exploration.” Then 1989, Sam with Will and his International Trans-Antarctic Expedition Team on their South Pole expedition.

On that trip, Sam made history as the first dog involved with expeditions to both ends of the earth. And he’s also the only dog whoever will be: in the years following our treks an international treaty designed to protect sea mammals from introduced diseases put an end to the dogsled era in Antarctica. It banned all non-native animal species from the continent.

Sam lived out his life with friends of ours here in Ely, Minnesota, just down the road from Wintergreen Dogsled Lodge. We often think of him and his amazing date with destiny at a DEW Line station on the Beaufort Sea. 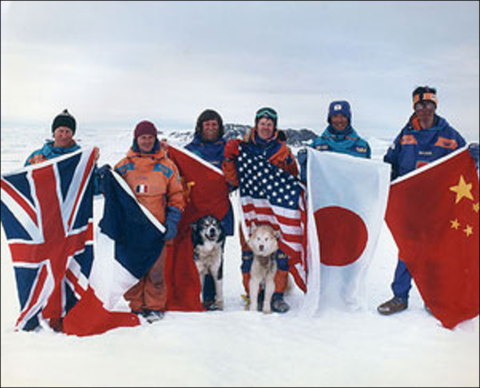 Contact us anytime, we’re happy to answer all your questions!